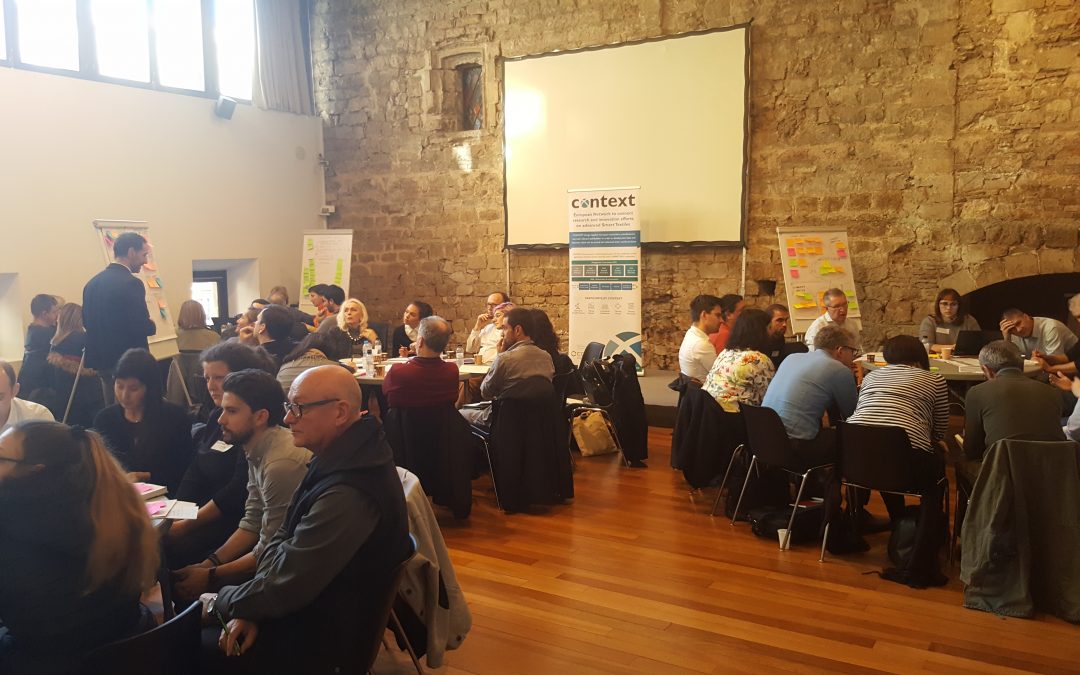 CONTEXT, led by AEI TÈXTILS, has launched two new calls for proposals for travel grants to promote the participation to international conferences and the exchange of researchers through Short Term Scientific Missions (STSMs).

The first call will be open until June 25th. Young researchers can apply with the aim of presenting a paper or a poster in an international conference on the topics related to CONTEXT, advanced textile materials.

The second call will close on June 12th. Researchers from universities, technological centers or companies can apply to visit an organization form another country with the aim to learn new techniques, gain access to specific data, instruments or methods not available in their own institutions/organisations. Duration of the visits is from 5 to 90 days.

In its first six months of activity, two people benefited from CONTEXT grants to participate at the international conference on nanomaterials, held in Sitges from March 11 to 15.

Five researchers were also awarded for STSMs grants.  They travelled to organizations in North Macedonia, Germany, United Kingdom, Croatia and Cyprus, to carry out studies related to textile materials for construction and for automotive and aeronautics.

The next activities of CONTEXT include a meeting during the ITMA and a training school on textiles for building and PPEs applications, which will take place from September 17th to 20th in Crete (Greece). A specific call for proposals will be published in the coming weeks to facilitate the participation at CONTEXT training school.